What the F***? Why is Fentanyl so Dangerous?

What the F***? Why is Fentanyl so Dangerous? 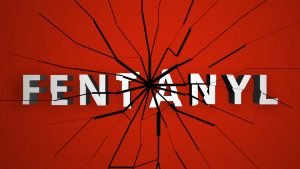 I remember the first time I heard of Fentanyl, I heard about Fentanyl Patches and Fentanyl Lollipops. Within the drug culture, they were something of a “Golden Goose”. Back in the early 2000s, they were spoken about though very hard to obtain. Evidence of this was that the majority of the individuals who had Fentanyl addictions were surgeons, surgical assistants, anesthesiologists, and other medical professionals, who had access to it. By 2005 I heard of individuals “soaking” Fentanyl patches and filtering (or extracting) only the fentanyl. Once filtered opioid addicts would intravenously use the fentanyl. From a medical perspective, Fentanyl was used through devices that would slowly allow absorption. Liquid IVs (in a medical setting, lollipops, lozenges (Actiq), and patches were all designed to slowly administer Fentanyl for cancer patients, HIV patients, and those whose transitioning from a life state to a death state, to ease their transition by eliminating pain. Many overdoses in the 2000s were due to the way addicts extracted fentanyl from these slow-releasing mechanisms and how these same addicts used the Fentanyl in a manner of quick, strong dosed, intravenous use.

The urban and suburban folklore myths had drug cartels taking notice to demand. If you used heroin in the mid-2010s, you most likely used Fentanyl. Drug Cartels began mixing the poppy plant with synthetic fentanyl. As the drug culture normalized to opioids, drug cartels began increasing the potency of their product with fentanyl. Similar to the near elimination of cocaine due to the cheap synthetic of methamphetamine. Drug cartels saw that methamphetamine was greatly cheaper than cocaine to produce. Cultivating and importing/exporting of the Coca plant was no longer necessary. The Mexican cartel no longer needed to rely on 50% of the source of their product which came from South America. Drug cartels experimented and perfected the synthetic production of Fentanyl in their labs. Their creation was potent, easy to transport, and able to be “cut” with other chemicals in the cities it was sold. The definition of synthetic is, “Made by chemical synthesis, especially to imitate a natural product.” Poppy fields in Mexico, South America, and the Middle East were no longer needed. Many poppy farmers in these areas even began growing different crops due to the fact their crop was no longer in demand like it was a decade or two decades prior. The Fentanyl produced by these drug cartels was so cheap to produce, they began adding the “bathtub” fentanyl into their methamphetamine, cocaine, and benzodiazepines (mainly Xanax). This has caused a spike in overdose deaths. The general consensus in our country is that if you touch fentanyl you will die. This is true with the fentanyl that crosses or border and is uncut. But you have no tolerance to opioid tolerance and your game is methamphetamine or Xanax, and it’s cut with more than average amounts (or potent) amounts of fentanyl, the end result will be an overdose.

I often refer to this as the perfect storm. The perfect storm for overdose deaths includes many factors. An individual may have a high tolerance for opioids, or a long history of fentanyl use even. He/she experiences a delusion of control. He is very precise with his fentanyl use; he gets it from the same dealer whom he trusts (which is an oxymoron) itself. He uses the same amount. He understands when he can use to maintain his symptoms of withdrawal, and he knows when and how much to use when he wants to “get off” or “high”. This delusion of control is not based on his ability to maintain his/her habit, I’ll admit, I had it down to a science. Bro, you never saw me nod, that was sloppy to me. You never saw track marks. I had tatts in the right places, I learned to find and shoot dope between my toes. I truly believed I aced this. In the early 2000’s it wasn’t cool to walk around with track marks all over your body. I experienced a strong delusion of control. The problem came with the individuals whom I actually placed trust in.  When their product supply was low, they cut the heroin with a various number of “fillers”. I began experiencing detox symptoms. Instead of showing up at their place once every three days. I was showing up three times a day. I couldn’t reach my maintenance dose or my “get off” dose. This isn’t deluded, percs, or oxys, this isn’t government-regulated dope I was messing with. As my dealer’s product potency changed, I chased the dragon-like never before and overdosed on multiple occasions.

With Fentanyl, this process occurs at an alarming rate which is causing people to overdose and die at an alarming rate. Your dealers’ addiction is money. If supply is reduced, changed, or altered, he still needs to make that money. Just like you need your drugs. He/she will alter the chemistry. When you’re not getting the maintenance or “get off” high, you will lose more and more until the result is death. It is proven that Narcan doesn’t work as on Fentanyl as with your non-synthetic opioids. Synthetic opioids have a harder time releasing from the opioid receptors when Narcan is administered like non-synthesized opioids. You better hope the first responders have three Narcan doses to administer depending on your tolerance to fentanyl.

Many fentanyl users are hesitant to seek detoxification services. Many drugs utilized to detoxify individuals with fentanyl symptoms have mixed results. Suboxone and Subutex often do not work in the manner which they would with non-synthesized opioids. The detoxification is longer, and they experience symptoms of withdrawal. The onion of this Fentanyl resurgence has many factors which are causing deaths in the United States and has many layers. Each layer needs to be pulled back gently and examined in a manner you will not hear about on the news. If you or someone you love is addicted to fentanyl contact our fentanyl addiction treatment center in NC.

Take the Next Step

OUR PATIENTS AND THEIR LOVED ONES SAY IT BEST

Don’t go through the process of recovery alone. There are people who can help you with the struggle you’re facing. Get in touch with one today.

If you have coverage of any kind from a major insurance provider, your treatment is likely covered. We promise to keep your information confidential.