The Signs and Dangers of Prescription Drug Abuse

The Signs and Dangers of Prescription Drug Abuse 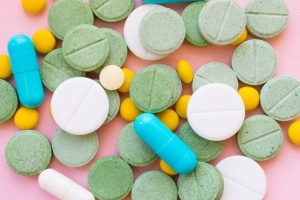 Prescription drug abuse occurs when someone takes a prescribed medication in a way that isn’t specifically directed. This can include taking medicine prescribed to someone else or taking the drug more often or in higher doses than your doctor directed. Recognizing the signs of prescription drug abuse and understanding the dangers can help you identify when you or a loved one needs treatment.

The signs that someone is abusing drugs sometimes depend on the specific drug. Opioid painkillers have different effects than stimulants designed to manage symptoms of ADHD or narcolepsy. It can sometimes be difficult to tell if you are seeing side effects of regular prescription drug use or abuse of prescription medication, though. People who are misusing prescription drugs do sometimes display other behaviors unrelated to the drug’s actual effects.

Some signs of prescription drug abuse include:

Prescription drug abuse can lead to addiction and physical dependence on the drug. During physical dependence, the body becomes acclimated to the drug and ceases to have the same effect at normal doses. The user begins to require higher doses to get the usual effect. If the user stops taking the drug, withdrawal symptoms might develop. Addiction involves a psychological craving for the drug in addition to the physical dependence.

One of the biggest dangers of prescription drug abuse is that you can overdose on the drug and possibly die. Overdose deaths due to prescription opioids are a growing concern. Deaths due to misuse of opiates were five times higher in 2016 than in 1999, a significant increase over just 7 years.

People who are abusing prescription drugs might also behave in ways that harm their relationships or careers. In addition, they might engage in risky behaviors, turn to crime to pay for illegally obtained drugs or get into accidents when under the influence of drugs.

If you’re concerned about prescription drug abuse and want to break free of an addiction to drugs, contact Changing Tides at 252-715-3905 to talk to someone about treatment options at our beachfront rehabilitation center in North Carolina.