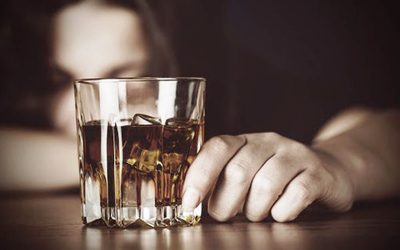 Alcohol addiction and abuse can lead to an array of health issues, including potentially fatal alcohol withdrawal. As such, it’s vital to be brutally honest with yourself about the amount of alcohol you consume if you’re concerned you might be struggling with alcohol addiction.

If you or someone you love is battling a substance use disorder, make sure you get the medical support you deserve. Call Changing Tides today at 252-715-3905 to speak to a friendly addiction expert about the steps you can take to stop drinking.

How Much Alcohol Is Too Much?

Everyone has a slightly different metabolism and immune system, which means there’s no definitive answer on how much alcohol is too much. However, in general it’s accepted that health risks occur when a woman drinks more than seven alcoholic beverages in a week, while it’s 14 for men. The National Institute on Alcohol Abuse and Alcoholism (NIAAA) defines a standard drink in the following ways:

Using this information, anyone can work out whether they’re drinking too much. Drinking alcohol in amounts above the recommended amounts puts your central nervous system under significant strain and potentially damages the immune system. Excessive alcohol use is also a risk factor in a host of mental and behavioral disorders.

How Does Alcohol Affect the Immune System?

As a toxic substance, alcohol causes damage to systems within the body, such as the liver, gut, kidneys and lungs. By forcing immune functions to focus on repairing these organs, alcohol abuse reduces the body’s ability to respond to external attacks from bacteria and viruses.

While your body may not show signs of damage for years or even decades, it’s undeniable that someone who drinks excessively is putting more strain on their body than a person who doesn’t.

Alcohol damages the fine hairs in your lungs that help clear away pathogens, and it makes the gut uninhabitable for many of the good bacteria we need to stay healthy long term. Heavy drinking is also implicated in serious sleep disturbances, particularly related to REM sleep and deep sleep. These stages are thought to be essential for repairing the body and brain during sleep, and missing out on them can lead to decreased immune function.

What Are the Short-Term Effects of Alcohol Abuse?

For most individuals, drinking one or more alcoholic drinks per hour will lead to inebriation. People who drink in small quantities once or twice a week won’t usually experience any adverse health effects because the body has plenty of time to heal minor damage. Still, alcohol is poisonous and psychoactive, and everyone is likely to experience one or more of the following short-term effects of drinking:

Long-Term Effects of Alcohol on the Brain

The period of time a person drinks heavily is strongly implicated in how serious the health risks are. As a central nervous system depressant, alcohol causes imbalances in the vital chemicals that control everything we do. While it’s more socially acceptable than drug use, excessive drinking is just as dangerous to health as some of the most dangerous drugs available.

Some of the long-term effects of prolonged drinking on mental health and cognition include dementia, brain damage and vitamin B1 deficiency. Read on to find out more about the effects of alcoholic substance abuse on the brain.

Dependence is the psychological and physical state that leads to addiction in the first place. It’s categorized by seeing alcohol as an essential part of your routine and experiencing alcohol withdrawal when you don’t drink alcohol.

While we often think of an alcoholic as someone who drinks every day, in actual fact it could be less frequent than this. If someone drinks heavily on Friday, Saturday and Sunday and can’t imagine their weekend without alcohol, they’re dependent. Binge drinking puts your body at a significant risk of damage, as does drinking in amounts greater than those outlined by the NIAAA.

Alcohol use depletes vital neurotransmitters because it causes mayhem in your central nervous system. Mood, behavior, motivation, reward and sense of well-being are moderated by your CNS, and alcohol abuse can cause serious damage in these areas.

The incidence of depression and anxiety are heavily correlated with alcoholism, although it’s not a clear-cut case of one causing the other. People with these mental health conditions are more likely to turn to alcohol as a coping mechanism, but there’s also evidence that the depressant effect alcohol has on the CNS can cause mental illness in some individuals.

Ongoing alcohol abuse over a long period of time causes serious damage to the brain that can lead to cognitive impairment and dementia. In many causes, cognitive issues are reversible, and the brain has an extraordinary capacity for healing given the right therapy and support. That said, the amount of time someone drinks heavily and the quantities they drink play a major role in how seriously an individual is affected by alcohol’s toxic effects on the brain.

Even in the short term, excessive drinking can lead to trouble managing your emotions. Often, people who are drunk swing from being loud and jovial to being mopey and depressed. Individuals who drink heavily experience this phenomenon on a much larger scale, making self-care, daily life and relationships difficult to juggle.

Many people with alcohol problems find themselves experiencing major problems in their family and social life because they struggle to control their emotions.

While a lot of drinkers believe that alcohol helps them sleep, in actual fact, it’s perpetuating any existing sleep problems and usually making them worse. Alcohol impairs your ability to access REM sleep, which is thought to be essential for memory, emotional regulation and dreaming.

Alcohol doesn’t just have the potential to cause brain damage over a long period of time in older people; it can also impair a young person’s neurodevelopment. Teenagers are more susceptible to the harmful effects drinking has on the brain than adults, and drinking during adolescence is associated with an increased risk of addictive behaviors in later life.

Drinking excessively causes malnutrition, particularly because it inhibits the body’s ability to absorb vitamin B1 (thiamine). Wernicke–Korsakoff syndrome is a syndrome caused by B1 deficiency, characterized by Wernicke’s encephalopathy and Korsakoff’s psychosis. The former displays as a state of general confusion, while the latter’s symptoms include amnesia and basic cognitive processes.

Long-Term Effects of Alcohol on the Body 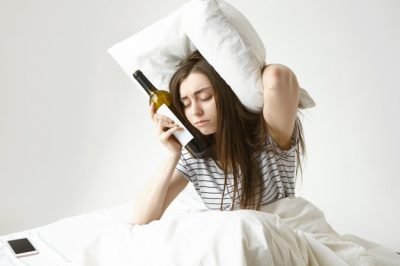 In addition to being life-threatening, alcohol can cause a number of health conditions that make daily life more difficult or put you at an increased risk of serious illness. Alcoholic liver disease, birth defects in unborn children and impotence are just a few of the ways ethanol can take its toll on your body. Discover more about how alcohol affects the body below.

Perhaps the best-known physical side effect of heavy drinking, liver disease occurs because the liver has to constantly process toxic ethanol. Over time, the organ becomes inflamed and can develop lesions and scarring, potentially leading to cirrhosis, alcoholic hepatitis, fatty liver and fibrosis.

As long as a person continues to drink, it’s pretty much impossible to treat alcohol-induced liver disease. If you’re experiencing any symptoms of liver disease, it’s time to seek help immediately so you can stop drinking.

According to the World Health Organization, cardiovascular disease is the leading cause of death in the world and the U.S., too, as evidenced by the CDC. Hundreds of thousands of deaths each year are specifically assigned to alcohol-related heart disease as a result of increased blood pressure, anemia, blood clots, clogged arteries and cardiomyopathy caused by heavy drinking.

When combined with a lack of exercise, poor diet or smoking, drinking heavily significantly increases a person’s risk of heart disease.

Because we consume alcohol as a drink, it’s easy to forget its effects are caused by a vapor called ethanol. When we drink, we also inhale ethanol into our lungs, which causes damage at a cellular level. This makes heavy drinkers more prone to respiratory disease and up to four times more likely to suffer from acute respiratory distress syndrome.

People who drink heavily often experience day-to-day problems with their skin, such as redness, burst capillaries, dry skin and dermatitis. If you have an existing skin disease or an autoimmune disease that affects the skin, such as psoriasis, heavy drinking will usually make it worse. It also leads to dehydration of the skin, which can make pores and wrinkles more visible.

One of the most dangerous times to consume alcohol is during pregnancy. Alcohol spectrum disorders are the array of health conditions a baby can be born with as a result of exposure to alcohol in the womb. In many instances, these aren’t temporary illnesses but conditions that affect the physical, mental and social health of the individual as they go through their life. The most common FASDs are:

Excessive alcohol abuse can affect menstruation in women and erectile function in men. The negative impact on blood pressure and poor absorption of nutrients are thought to play a role in these issues. Chronic heavy alcohol use causes fertility issues in both men and women, as the body prioritizes putting extra effort into trying to heal from the effects of drinking.

Pancreatitis and insulin-related diseases such as diabetes are closely tied to heavy alcohol use due to the way ethanol causes the pancreas to produce harmful toxins as by-products of processing alcohol.

There are a number of cancers that excessive alcohol consumption puts you at a significantly increased risk of, including:

Get Help for Alcohol Use Disorder Today

If you need to go through alcohol withdrawal, you don’t have to go it alone. At Changing Tides, our addiction treatment program is overseen by health care professionals who have a deep understanding of alcohol use disorder. We can help you get on the right track and regain control over your health and happiness. Call us today at 252-715-3905 to find out more.